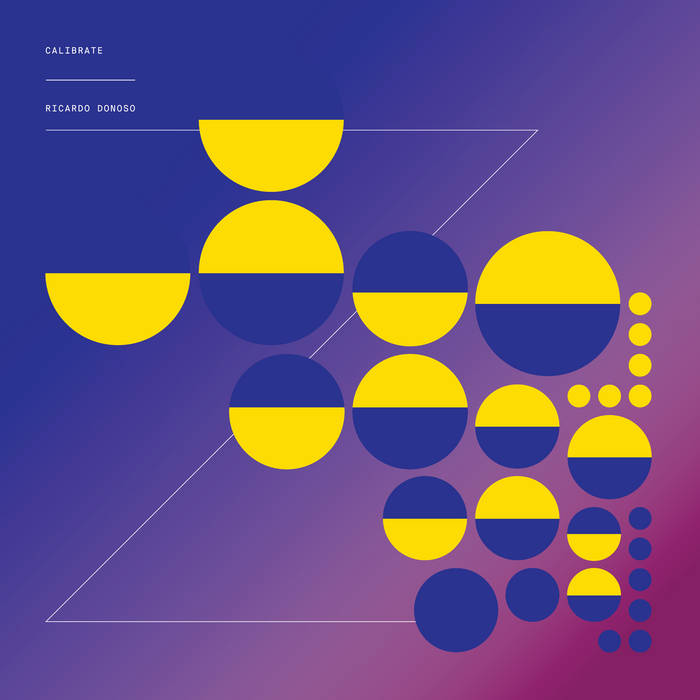 “Quicksilver frequencies, gravelly formants and shimmering, mirage-like washes of tone. Sometimes his sounds feel like signals picked up by a radio telescope, or pure electricity poured through a sieve” Pitchfork

“He displays a resistance towards the boundaries of genre, taking experimental, techno and noise templates and blending them with different range of sounds, delivering some of the most wonderfully eccentric and evocative music in recent memory” Dummy

On November 30th Denovali records presents ‘Calibrate’ – the new album by respected underground figure, composer and producer Ricardo Donoso. As has now come to be expected from the questing musician, once again he has endeavoured to do things differently, pushing beyond any comfort-zone parameters.

Having never courted accessibility, Donoso remains as unbending as ever in his approach and unwavering in commitment to his craft. Calibrate takes Donoso’s polymetric abuse and sound design to all new extremes. Conflicting rhythms and swathes of electronic debris move in tandem, to create pieces that expand and contract in on themselves.

A journey through Calibrate is an exercise in instability and failure; its aggressiveness serves as a warning against the urge to seek safety on common ground, and its entire approach seems to display a hostility towards the increasingly homogenized nature of new electronic music.

The first in a two-part series, ‘Calibrate’ seeks to explore not only the literal connotations of instrument accuracy, gauging and tuning, as represented by the constant flux of machinery and computer noise, but also explores calibration as an adjustment; to take external factors into account, or to allow comparison with other data. With ‘Calibrate’ Donoso continues to question what music is, and what it expects of him.
Ricardo Donoso is a composer, percussionist and electronic musician from Rio de Janeiro, Brazil who currently resides in Boston. After having studied composition at Berklee College of Music and the New England Conservatory, he has participated in a slew of projects over the years, from holding down the drum chair in avant-metal visionaries Ehnahre, to scoring for recent documentary features such as Greg Barker’s ‘Homegrown: The Counter Terror Dilemma’ (HBO pictures 2016) and the Grand Prize short film winner in Brazilian cinema ‘Casimiro Effect’. Donoso has since collaborated with film makers and video artists on commissions worldwide, creating immersive environments and performances.
As a solo recording artist, Donoso has released music on esteemed labels such as Denovali, Digitalis, Further Records and Hospital Productions, and continues to tour throughout Europe, Asia and Latin America. He is most concerned with building and manipulating an immersive sound world that blurs the line between light and dark, hope and despair, past and future. Under a chain of progressive rhythms, cinematic textures and elegant melodicism, Donoso’s work pushes through with piercing strength, manipulating a sonic wave through space with nothing but mind-blowing intensity.