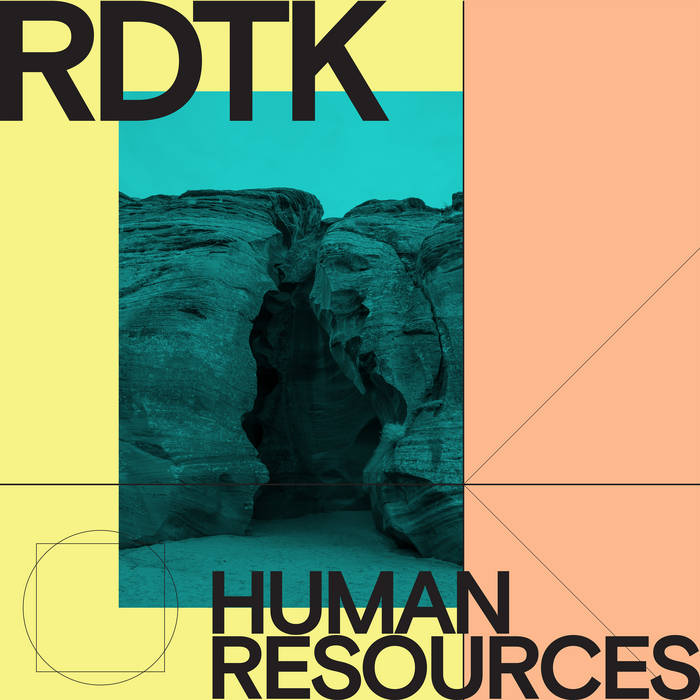 "The sailor cannot see the north, but knows the needle can".

‘Human Resources’, released 29th June via Denovali Records, marks the first official album by two friends playing together since the age of twelve, separated by oceans and time, attempting to reconnect with the same collaborative, exploratory and enthusiastic spirit that they felt fifteen years prior.

Under the alias RDTK, the roots of the collaboration were planted fifteen years ago in a small one-bedroom apartment in Rio de Janeiro as an outlet for two seventeen year olds to learn and abuse the intricacies of electronic production, composition and home recording. Its initial roots remain intact: combining a hybrid of traditional rock instrumentation and arrangements with electronic programming, sound design and an intricate and sophisticated production style.

Ricardo's musical vocabulary draws as much from contemporary composition, drone, to techno and noise. Songs like album opener ‘Affective Forecasting’ contain a mind blowing intensity which is often felt throughout ‘Human Resources’. Cinematic textures and progressive rhythms are the very essence of the record as we are invited in to the immersive sound world of RDTK.

‘There Is Still Time’ conjures up images of barren landscapes and dreamlike imagery, with a spine chilling tension that is a far-cry from the sounds of Samba and Bossa Nova, while the piercing strength of ‘Surface and Together’ set against a back-drop of melancholy keys and krautrock electro beats offers a depth and urgency that is strikingly emotive.

Having studied composition at Berklee College of Music and the New England Conservatory, Donoso has participated in a slew of projects over the years, from new music/avant-metal visionaries Ehnahre to scoring for recent documentary features such as Greg Barker’s ‘Homegrown: The Counter Terror Dilemma’ (HBO pictures 2016) and the Grand Prize short film winner in Brazilian cinema ‘Casimiro Effect’. Thiago Kochenborger has been playing and touring in major label signed rock bands throughout Latin America both as a bassist and singer.

On working with Kochenborger, Donoso added, “The urge I had to work with him on this record was a direct longing for those earlier days when we didn't know what we were doing and purely experimenting; nostalgia for making music in a very pure way, engaged in collaboration and the spirit of learning as you go (I've never made a 'pop' record before). It brought back excitement into something that was getting stale for me and also for Thiago who had to play pop songs for years to keep surviving, where i imagine his creativity was not really being nourished.”

As a solo recording artist, Donoso has released music on esteemed labels such as Denovali, Digitalis, Further Records and Hospital Productions, and continues to tour throughout Europe, Asia and Latin America. Outside RDTK, he continues to collaborate with film makers and video artists on commissions worldwide creating immersive environments and performances.